It is becoming more common to read or hear about machine learning, a branch of artificial intelligence that basically tries to get machines to “learn” by themselves.

Advances in this discipline have been coupled with the use of huge amounts of data to train these engines and achieve surprising results in many cases. Are there limitations to what automatic learning can achieve? Of course, but all these examples demonstrate that there are areas in which this discipline could change our world forever.

The fight against suicide A team at Cincinnati Children’s Hospital is working on a system that interviewed a number of people trying to figure out if they were people at some risk of suicide.
The analysis not only took into account the answers, but also other sections such as the intonation or the harmony of the answers, something that according to the experts could contribute much information to the system. According to the study, people at risk for suicide were identified with 93% accuracy.

How to Speak English (Non-native) Speakers of the same language are usually understood without problems, but there are situations in which those who have learned it natively and those who have done so as a secondary language have problems communicating.
It is precisely in this area that MIT created a large database of non-native English phrases. The goal was to improve the processing of language machines. Language processing technology (NLP) allows us to solve something curious: that a machine does not know how to process the peculiarities of non-native English.

Infallible medical diagnoses (or not) One of the areas in which these types of systems were expected to impact in an important way is medicine, and specifically the medical diagnosis in which automatic learning seemed to be capable of giving valid answers.

The problem is that doctors are able to detect and extract those symptoms from patient information (“everyone lies,” said Dr. House) to effectively diagnose what happens to them. The machines still have time to solve this problem, it seems.

The overwhelming success of video on the internet on YouTube and Facebook Video and other services has allowed both live and recorded broadcasts to become a type of content highly appreciated by users, but not all content follows the policies of Use of these services in ethical or moral aspects. That is the reason that Facebook has developed a system that allows you to detect violent or nude content during the live and live broadcasts offered by your Facebook Live service, which automatically blocks them.

In search of habitable exoplanets A team at the University of Toronto has been inspired by Netflix’s recommendation algorithms, which also make use of automated learning, to try to accelerate the search for dynamically stable planetary systems.

Exo
The idea is to accelerate the search for exoplanets “up to a thousand times faster than with traditional methods,” say those responsible for the study. In fact, it is considering using this algorithm in NASA’s Transiting Exoplanet Survey Satellite mission that starts next year. One of the areas where automatic learning has proved its validity is that of image recognition systems. Several are the services that use these systems to organize our photo libraries, but the idea is also applicable to the recognition of objects and people in real time.

Radarcat
This is what RadarCat does, a kit based on Google’s Project Soli that allows you to recognize, classify and distinguish different materials and objects in real time and with high precision.

The secret is electromagnetic waves and, of course, its algorithm of automatic learning, which feeds on a database in which each object leaves a unique “fingerprint”. The relationship of automatic learning with areas such as neurology and psychology seems unlikely, but a group of researchers in the United States have developed a system that approached a very own idea of ​​fiction films:

The one of being able to read your mind to you.Caras Those responsible for this development presented hundreds of faces to 23 people undergoing a functional magnetic resonance, and then they repeated the process but offering to the algorithm only the data of the resonance so that the algorithm tried to link that resonance With the face that the participants of the experiment were seeing.

The result was unique, but not definitive. Perhaps one that directs us effectively to an infallible mind reader. Autonomous cars are certainly one of the fields in which artificial intelligence seems to have a more relevant role in the short term, but the bases of that automatic learning that are applied in these vehicles are also applicable To wheelchairs that are used for example in hospitals. Silla In Singapore they are trying to create precisely those autonomous wheelchairs that would free the staff from moving the patients around the hospital so they could take on different tasks. Nissan, by the way, has a similar project. Smart Phones (more?) This discipline is also starting to become part of our smartphones, those devices that will become more and more ambitious in that goal to simplify the life to users ahead of their needs. Google Assistant, the tool that has debuted in the Google Pixel, makes use of this type of algorithms. In Google are not the only ones to take advantage of automatic learning. Huawei recently introduced its Mate 9, a smartphone whose software learns from the user to improve the user experience.

It recycles and classifies applications to manage mobile resources (memory, storage, processing capacity) in the most efficient way possible, and this is surely only the beginning of the application of this type of discipline in our smartphones. If in principle they had been considered as a useful and convenient way to authenticate (Windows 10 and some devices already allow it through Windows Hello), automatic learning has made it possible for algorithms that identify faces to be key to classify photos on the internet and do Those searches so precise that Google Photos (with controversy included) or Facebook Moments enable their users. Angry This ability could be applied to much more sensitive issues such as the identification of suspects of a crime, but not by facial recognition, but By the voice. There is a lot of ground in this sector, and researchers from various technology companies already have systems and APIs that allow us to identify a person by his voice even when it is distorted. Goodbye, Manolo Lama, we do not need you. Sports commentators could also see their work affected by the arrival of artificial intelligence.

Auto-learning algorithms are able to recognize what is happening in various sports and add comments to the video being broadcast with just lag. Sports As in all such systems, the secret lies in training these solutions, which use hours and hours of small plays of various sports and then offer those aids. In fact that is the key word, because commentators should not be threatened: these systems are oriented to help them in their work for example by analyzing the plays from other angles quickly. Caution, driving friend Autonomous cars are – never better – just around the corner, but before we see these vehicles on the road we find systems based on automatic learning that are intended to avoid our next pifia behind the wheel. Type of application a camera analyzes our body language and our gestures to try to understand what reactions we have before different maneuvers. According to Cornell and Stanford researchers, it was possible to predict, for example, lane changes with 90% accuracy, and applications appear to be very interesting in the field of freight transport, for example. The clear segments in which automatic learning can provide clear advantages is in its ability to aid communication between humans and machines. Training an artificial intelligence system with dialogues of all kinds results in an algorithm capable of maintaining a relatively coherent conversation, something they demonstrated in Google from dialogues of classic films. This type of application will be more and more striking, especially now that all the big ones seem to want to put their particular version of the Amazon Echo in our salon. Now in the invoice of the light

Profitable consulting, ethics, nearby and reliable. 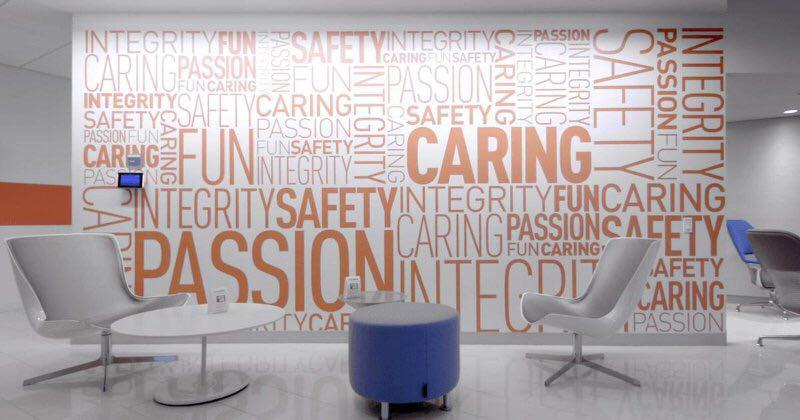